Dubai, UAE, January 23rd, 2019 –Storytel, the division of one of Europe’s leading platform for audio books, is set to debut the much-anticipated Harry Potter audiobooks in Arabic at Cairo International Book Fair today, a landmark move that will Storytel’s first ever participation in the largest and oldest book fair in the Arab World. The first book, Harry Potter and the Philosopher’s Stone, will be available on the Storytel platform this spring, while the remaining books series will be gradually released throughout 2019. Fans of the Harry Potter book series in the Arab region are in for a major treat as the Arabic audio format is narrated by top voice-over artist Samaan Ferizali.

Pottermore, the global digital publisher of stories from the Wizarding World™, and Storytel have partnered to make the Arabic audio book version of the stories about The Boy Who Lived exclusively available on the latter’s platform. The collaboration is expected to expand Storytel’s audience and bring the Harry Potter series to listeners in the Arab world.

Ammar Mardawi, Country Manager of Storytel Arabia, said: “Harry Potter is a unique global phenomenon which helped many people around the world to become regular book consumers by captivating their imagination and emotions. The debut of the Arabic audio book version of Harry Potter is a major milestone for Storytel Arabia as it will introduce them to the audio book experience for the first time. We are announcing the Arabic audiobooks of Harry Potter at the Cairo book fair because of the outstanding Harry Potter fan base among Egyptian young people.”

“We are very pleased with Ferizali’s work in this project. It took us several months of auditions and evaluations as well as series of surveys among Harry Potter fans before we arrived at our final decision. Ferizali is doing a fantastic job in bringing over 150 characters to life in the series,” Mardawi added.

Storytel is the world’s first streaming service for unlimited listening/reading on the mobile phone. The service was launched in 2005 and Storytel has had more than 53 million consumed audio books and ebooks up to this date. Storytel works with all smartphones, and has an offline function which makes it possible to listen to audio books even when there’s no internet connection available. In the past four years, Storytel has had a compound annual growth rate (“CAGR”) of 62 percent and continues to grow year after year. The company is headquartered in Stockholm and operates in 15 markets: Sweden, Norway, Denmark, The Netherlands, Finland, Russia, Poland, Iceland, Turkey, Italy, Spain, India, United Arab Emirates, Mexico and Bulgaria. 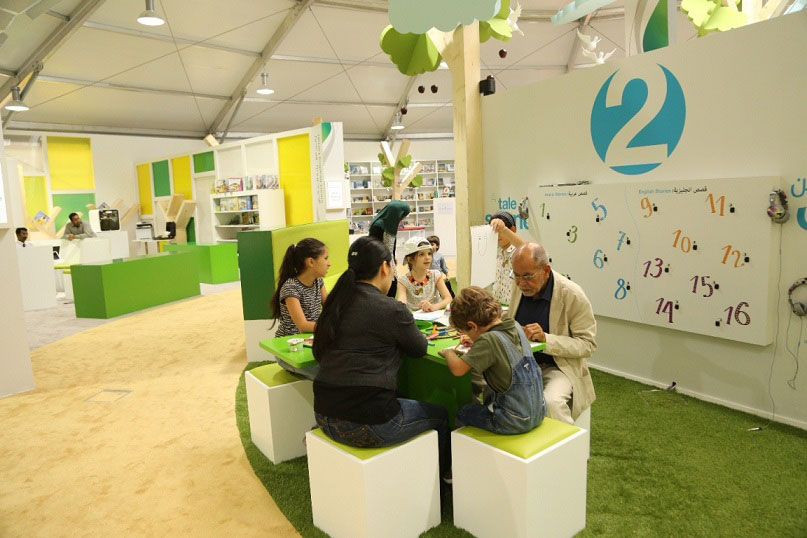 Dubai, UAE, June 19th 2016 – Dubai Electricity and Water Authority (DEWA) has organised a range of activities during the Holy Month of Ramadan at the Reading is Positive Energy exhibition. These include lectures, seminars, poetry readings, awareness sessions, and other activities for anyone.

DEWA launched the year-long exhibition last month in collaboration with Mohammed bin Rashid Al Maktoum Foundation, at Zabeel Park. The move is part of DEWA’s efforts to support the directives of the wise leadership that 2016 is the Year of Reading. END_OF_DOCUMENT_TOKEN_TO_BE_REPLACED