Skip to content
School Olympics 2014 starts with preliminary tournament for the athletics and artistic gymnastics championship
UAE, April, 22, 2014 – The preliminary competition of the 2nd School Olympics resumed today, (Tuesday, April 22, 2014), with the staging of the Athletics Championship for Boys held after the launching of the Girls Athletics Championship in Sharjah yesterday (April 21, 2014). The School Olympics aims to consolidate the principles of Olympics and sports while promoting the spirit of challenge, excellence, and fair competition amongst UAE students. Today’s event included track and field competitions.
Organizers are also all geared up for the artistic gymnastics championship to be held on Wednesday, April 23 2014, in Eastern Sharjah for girls and on Thursday, April 24 2014, in Fujairah for boys. The contenders will compete with each other to demonstrate their strength, flexibility, and speed during the competitions which will cover the performance of chains movements in all devices. 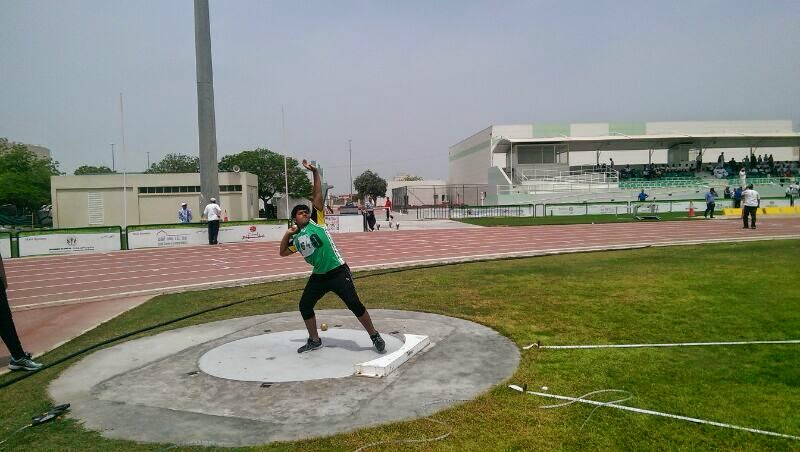 Hassan Lootah, Director of Physical Education at the Ministry of Education and Head of the Educational Zones Committee handling the School Olympics, expressed happiness over a big number of students participating in this year’s athletics tournament preliminaries for boys and girls. He said the second edition of the School Olympics aims to attract and encourage promising talents to improve their athletic performance. It also serves as an ideal platform for the UAE to discover great athletes who will represent the country in future international tournaments.
Lootah said: “The completion of all the necessary preparations for the success of the School Olympics provides a solid base to lay the foundation for school sports as well as promote physical fitness and physical health among students. These are all in line with the Strategic Plan of the Ministry of Education to create a stimulating environment in schools.”
The final competitions, which are scheduled to be held in Dubai, will include mandatory games and optional games. Mandatory games include athletic games, artistic gymnastics, and swimming, while optional games cover fencing, archery, and bow and arrow. The School Olympics is considered the first step towards selecting and discovering the willingness and abilities of the best talented students who excel in sports in hopes of encouraging them to play for national sports teams.