Skip to content
Ministry of Education says feat is an unprecedented international achievement
UAE, June 11, 2014 – The UAE’s Mohammed Bin Rashid Smart Learning Program, which aims to launch ‘smart classes’ in public schools in line with UAE Vision 2021, has won a World Summit Award during the World Summit on the Information Society in Geneva, which is being held under the patronage of the UN International Telecommunication Union. The program won recently in the team work category of the Government Excellence Award.
The program’s success was highlighted in international reports of major technological institutions that were published earlier this year during the Education World Forum in London. Reports made by leading technology and software companies Hewlett-Packard, Microsoft and Samsung showed that it is the first program applied comprehensively in schools based on the evaluation system and international measuring indexes. They said the UAE is the only country among 11 advanced states in the world that considers ‘smart learning’ as part of its national vision and move towards economic development. 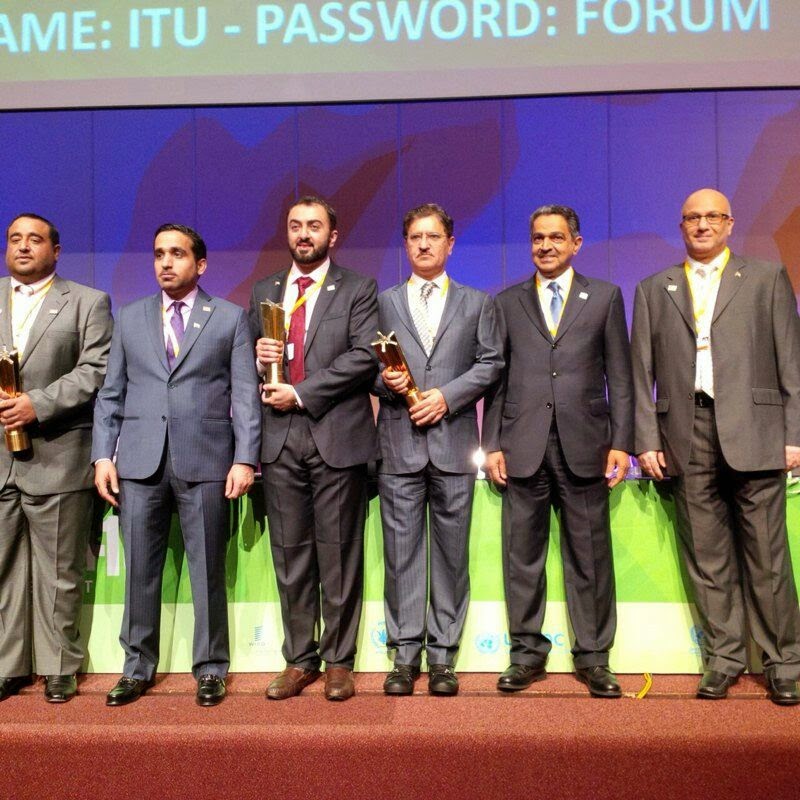 The Smart Learning Program is created by H.H. Sheikh Mohammed Bin Rashid Al Maktoum, Vice President and Prime Minister of UAE and Ruler of Dubai, in mid-April 2012. It is considered as one of the unprecedented programs of development in the region. The program was implemented by 14 schools last year and 123 schools this year in different educational zones. Its successful implementation had encouraged leading computer and software companies such as Samsung, HP and Microsoft to form strategic partnerships with the Ministry of Education. The project is implemented by The Ministry of Education and supported by the Telecommunications Regulatory Authority.
H.E. Humaid Mohammed Al Qatami, Minister of Education, said: “The Mohammed Bin Rashid Smart Learning Program is the future of UAE’s education sector. It has been recognized at the Education World Forum in London as highly valuable. All other countries in the world should follow this achievement and benefit from its approach and goals. The success of this program reflects the strong commitment of H.H. Sheikh Khalifa Bin Zayed Al Nahyan, President of the UAE and Ruler of Abu Dhabi, and H.H. Mohammed Bin Rashid Al Maktoum, Vice President and Prime Minister of UAE and Ruler of Dubai, and the members of the Federal Supreme Council,” he said.
“After winning the Government Excellence Award, the program became an international success thanks to the ongoing efforts and hard work of all teams in terms of planning and implementation. The teams are composed of directors of educational zones, school principals, supervisors, and teachers. Both parents and students are also supporting the program’s main objective to position the UAE as the leading country in providing excellent modern education,” he added.
H.E. Al Qatami said the Ministry of Education appreciates the Telecommunications Regulatory Authority’s strong support as it provides telecommunications sector development fund. He noted that it plays a significant role in the education system.
The awarding ceremony of the World Summit Award was attended by H.E. Mohamed Al Ghanim, Director General of the Telecommunication Regulatory Authority, H.E. Dr. Abdulqader Al Khayat, Chairman of the Board of Trustees of the Telecommunications and Information Technology Fund, Hamad Al Mansouri, Deputy Director-General of the Telecommunication Regulatory Authority,
Mohammed Gheyath, Director General of Mohammed Bin Rashid Smart Learning Program, and Rashid Bin Lahej, Director General of Abu Dhabi systems and Information Center.
Mohammed Gheyath said: “The success achieved by the program in a short time is inspiring. The program management, team, and all officials are determined to further improve the program by exerting all efforts to attain our goals. The program will be implemented based on high standard mechanisms to achieve all the objectives.”