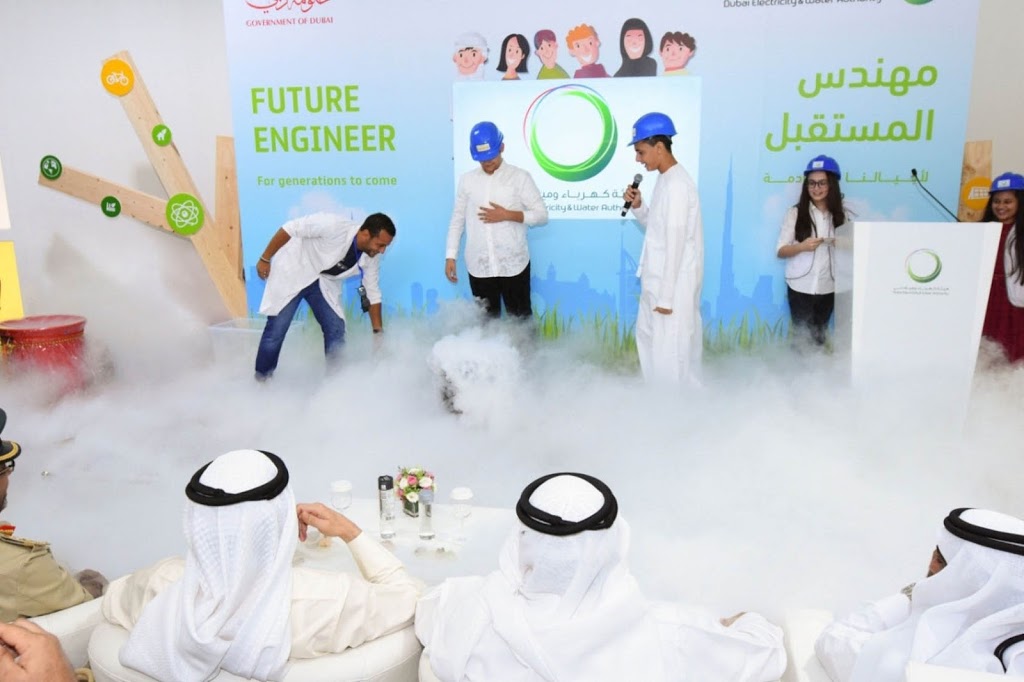 The exhibition was organised by DEWA in cooperation with the Mohammed bin Rashid Al Maktoum Foundation (MBRF), at Gate 2 of Zabeel Park. The summer camp encouraged innovation and creativity among the children, while providing an educational platform for them to develop their skills in engineering, electricity, mechanics, science and maths. The camp also featured specialised training programmes allowing children to develop their communication and teamwork skills, and daily activities and competitions to prepare them for their future careers, while motivating the younger generation to learn about science and technology. 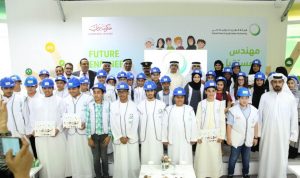 During a ceremony at the Reading is Positive Energy exhibition, HE Saeed Mohammed Al Tayer, MD & CEO of DEWA, HE Jamal bin Huwaireb, Managing Director of MBRF, with Major General Mohammed Saeed Al Marri, Director of the Community Service Department at Dubai Police, presented the participants with certificates and awards. Parents of participating children also attended the event.

“The UAE’s leadership focuses on children, and works to provide them with a motivating environment, to instil a culture of innovation and creativity. DEWA continuously organises initiatives to prepare our young for a brighter future. This supports DEWA’s efforts to achieve the vision of our wise leadership to adopt a culture of innovation and establish a knowledge-based economy. The UAE stands at the forefront of the Arab world in the Global Innovation Index 2016, and has moved up 6 places in comparison to last year. This reflects the efforts of the UAE’s government organisations to achieve the National Innovation Strategy launched by HH Sheikh Mohammed bin Rashid Al Maktoum, Vice President and Prime Minister of the UAE, and Ruler of Dubai, to make the UAE one of the most innovative countries in the world,” said Al Tayer.

“In adherence with the directives of our wise leadership, and the Dubai Plan 2021, to make the UAE government a world leader for excellence and innovation, DEWA considers it a priority to develop partnerships between the public and private sectors. We are pleased with the outcome of the summer camp and its contribution to preparing the next generation of engineers, technicians, and professionals, who capable of meeting future demands and managing ongoing development. This reflects DEWA’s commitment to achieve the National Agenda, plan for the future, and keep pace with the latest developments, to meet the requirements of future government,” added Al Tayer.

“The summer camp supports the Dubai Innovation Strategy, launched by HH Sheikh Hamdan bin Mohammed bin Rashid Al Maktoum, Crown Prince of Dubai and Chairman of the Dubai Executive Council, to make Dubai the most innovative city in the world. DEWA’s summer camp enhances social development and instills a culture of innovation among the future generations of the UAE.

As a socially-responsible government organisation, DEWA cooperates with the public and private sectors to establish a knowledge-based environment. This supports our objectives to raise a generation with a passion for culture, reading, and knowledge, across all society,” concluded Al Tayer.

Both parents and children enjoyed the summer camp and its efforts to educate children on the fundamentals of electricity. DEWA’s year-long Reading is Positive Energy Exhibition was launched in cooperation with MBRF, as part of DEWA’s efforts to support the directives of HH Sheikh Khalifa bin Zayed Al Nahyan, President of the UAE, who declared 2016 as the Year of Reading. This was approved by the UAE Cabinet under the leadership of HH Sheikh Mohammed bin Rashid Al Maktoum. The exhibition features different cultural and knowledge corners and sections. These include a permanent book exhibition, the Reading is Positive Energy’s Forum, Children’s Knowledge World, Smart Reading Corner, Reading Sensory Wall, Emirati Majlis, and a cultural café.